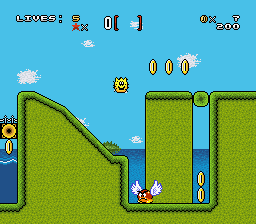 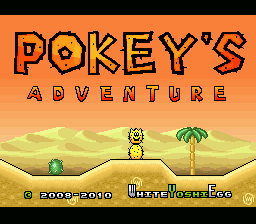 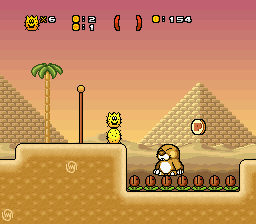 The first ROM hack I made (not counting a garbage attempt right when I discovered ROM hacking). It started out as a graphics swap of Mario with Pokey, and soon evolved into what was going to be a multi-world epic.

I released a one-world demo in 2008. In 2009, having vastly improved my hacking skills, I remade the whole hack from scratch. Neither attempt got very far, and I grew dissatisfied with it, so in mid-2012 I gave up on it altogether.